What is an NFC Tag?

A Near Field Communication tag is a small chip that responds when in proximity of an NFC reader. The chip is normally embedded into something like a label, coin sized token or credit card sized plastic card. Most mobile phones include NFC functionality as they use it for contactless payment.

Where can I get an NFC Tag?

I purchased mine from Amazon with the product being made by NFCTagify using an NXP chip.

Testing time: present the NFC tag to your phone and watch your select app open.

I have found a few uses for NFC to trigger shortcuts 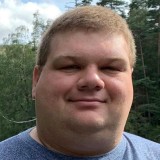